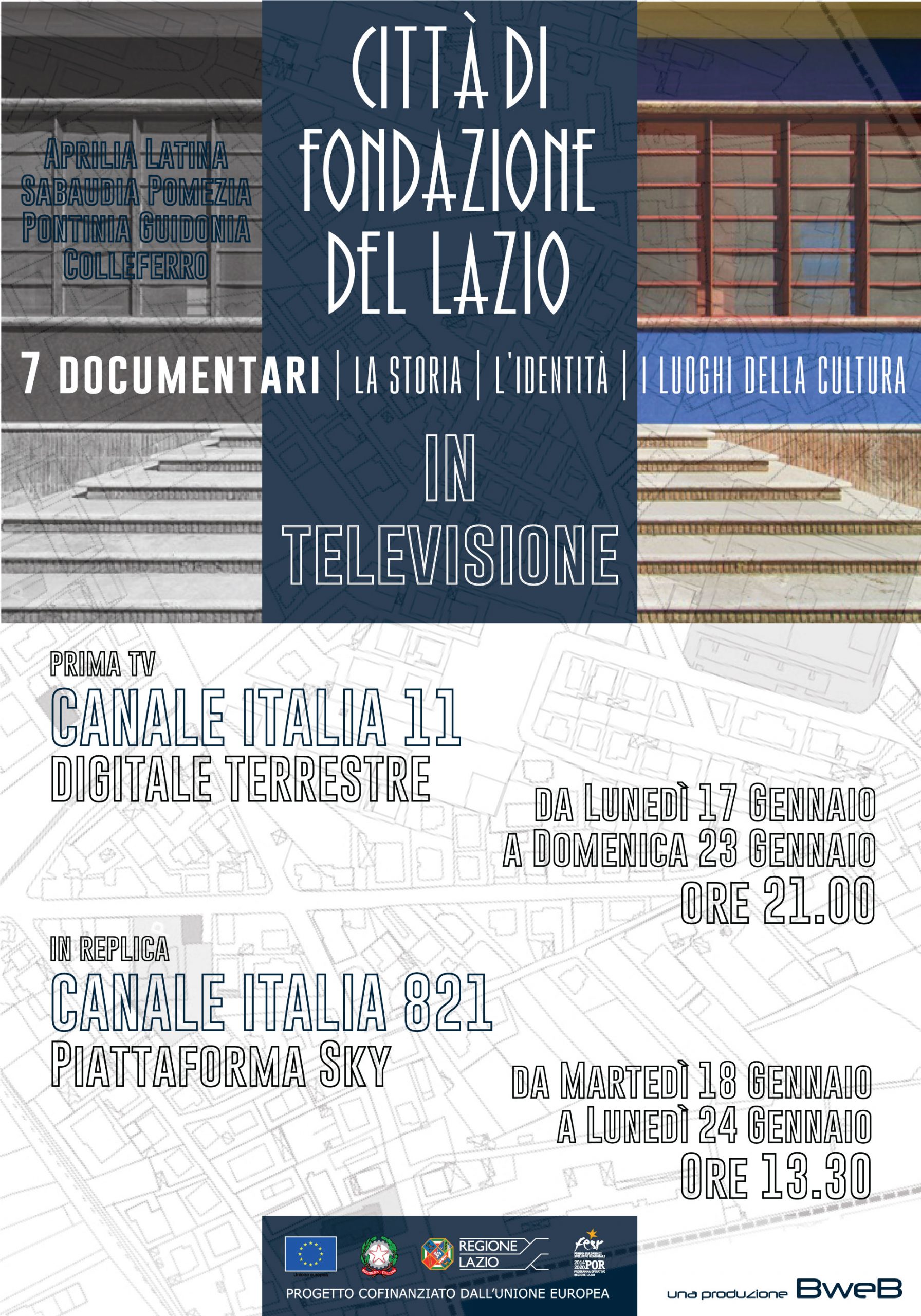 The Lazio Foundation Cities are the protagonists of a new TV series.

The Lazio Foundation Cities are the protagonists of a new TV series.

This documentaries cycle – co-financed by the European Union and produced by the production company BweB Srl with the collaboration of Regione Lazio – brings the Foundation Cities of Agro Pontino and Romano to TV.

From Monday 17 to Sunday 23 January, every evening at 9.30 pm, the Foundation Cities are the protagonists of the programming of Canale Italia 11.

After Latina, the city that paves the way for the reclamation and urbanization of the Agro, it is the turn of Sabaudia, Pontinia, Aprilia and Pomezia.

The cycle ends with the episodes dedicated to Guidonia and Colleferro.

The project benefits from the public notice called “The Enterprise does Culture” set by Regione Lazio to support medium-sized enterprises.

The goal is clear: promoting cultural heritage through new technologies.

The support received by the Region (amounting to € 58,720.00 against an investment of € 73,400.00) has allowed the television production house BweB Srl to produce this new cycle of documentaries.

“The precious collaboration that has been established with the representatives of the seven cities – explains Gerardo Graziano, executive producer – has undoubtedly made the difference. We immediately trusted this project. The television broadcast is a small milestone that will be followed by promotion in the territories to continue the excellent collaborative relationship that has been created with the local administrations.”